So today’s a  little different, right? Instead of just writing a review I did a little something different.

Now I bought it from a local bookshop a few years ago but I found it on Amazon, here..

You can’t review a cookbook without trying out the recipe’s can you, but I worked for a few years as a chef so figured it wasn’t really fair me testing them. So I got my ever-ready, long-suffering husband to play my guinea pig!!! His cookery skills are lowered than zero and so I figured if he could follow the instructions then anyone could.

So we randomly selected two recipes, two recipes that aren’t overly complicated. He got traditional Bannock and Bramble Jam, two things I love! 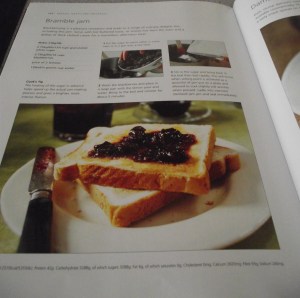 The first thing to talk about id the book itself. It has separate sections for mains, appetizers, breads, deserts, drinks. It also has a starting point of 35 pages full of interesting information about Scotland, from their traditions to food to scenery.

I’m not going to list the entire recipes and methods, it would take forever, if you do want them then drop m a message and I’ll upload them. Instead I’ve loads of pictures to show what husband did.

He said it was easier than he expected. And the results were impressive. I’m very proud and stuffed full of yummy jam and bannock! 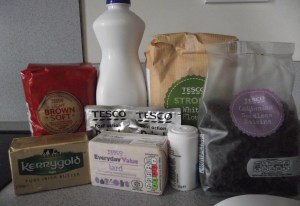 You end up with three pans on the go, one is your milk and yeast, you have to leave it to the side to let the yeast activate. Then there’s the glaze for the final part of cooking. Now don’t be afraid of the next bit which involves full fat milk, lard nd butter, this recipe is not for those watching their weight! 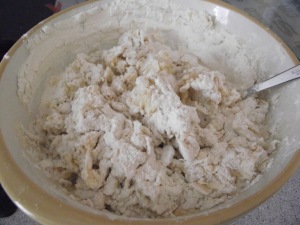 Then the bit of messy as it has to be made into a dough. Knocked back and then put into a warm place for rising. (The yeast has been added by this stage.) 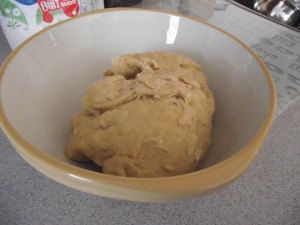 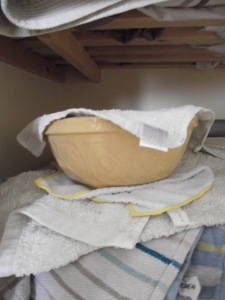 Once it’s risen you take it out and add in raisins. I don’t know why raisins, I guess you could add in anything or leave it plain if you wanted.

You let it rest again, so it was back in the airing cupboard. When you bring it out get it on whatever tray or dish you’re going to use. 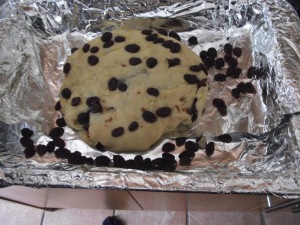 We had enough for two. 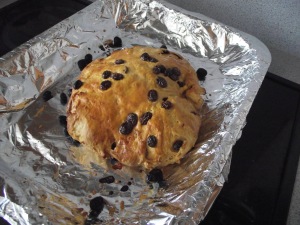 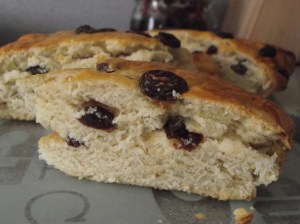 The jam really is easier than people give it credit for.

Good tip, heat the sugar on a low heat in the oven before you do anything. Wash your fruit. Put them in a pan with a little water and start to boil. 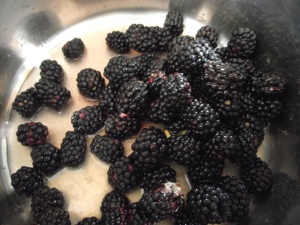 Once it’s boiling turn it on to simmer for a few minutes then add the warmed sugar from the oven before pushing back to boil. There is no set amount of time to cook, you’ll know as the fruit breaks down. Another tip is to put a little on a cool plate, if it sort of has a skin or crinkling after a minute or so it’s done. 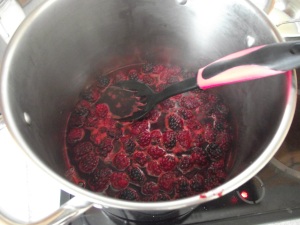 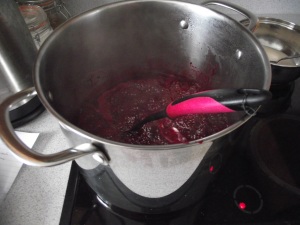 Get your jar ready. You’ll want to sterilize it and make sure it has a good seal.

Spread it on what you want and away you go!

and there you have it, in one afternoon my non cooking husband made bannock and jam easily from a favourite Scottish cookbook. 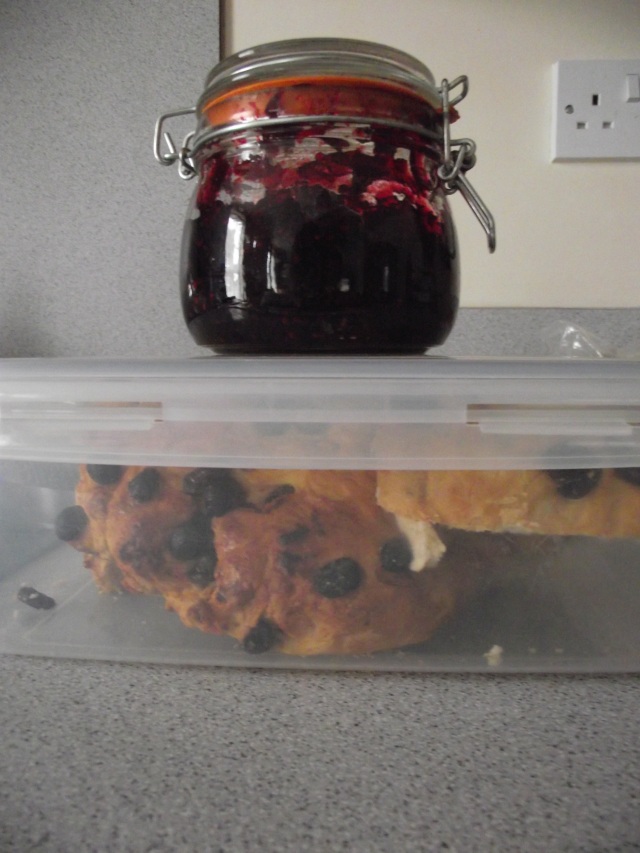