Epilepsy is like having a devil walking beside you silently wherever you go, like a monster waiting to wake up. You never know when it will rear its ugly head and your world will fall apart every time it does.

If you’re like me then you injure youself during them regularly. A never ending stream of bruises, strains, sprains, cuts, scratches and broken bones. Sometimes I was have huge seizures every day, sometime three of four one after the other. I become so ill I can’t leave the house, exhausted by the seizures and paralysed with the exhaustion. This in turn becomes a form of agorophobia, a severe anxiety disorder characterized by anxiety in situations where the sufferer perceives the environment to be dangerous, uncomfortable or unsafe. 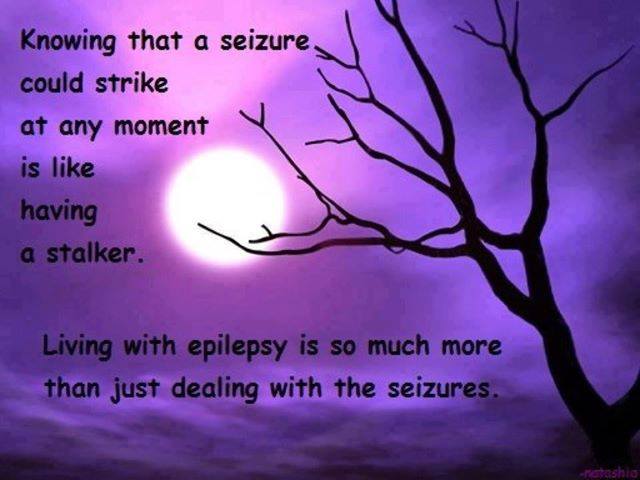 Leaving the house now becomes the biggest, hardest thing in the world to manage. We live in a world made too easy to give into the agorophobia, I’m able to order everything I could ever need from the relative safety of my home and only need to fight the stress and anxiety for doctors and hospital appointments. Medications for epielpesy are awful. Off course some stop or at least manage the seizures but most just leave you in a constant ‘zombie’ like state. You stop caring, your will to get up and do something is gone. Add anti depresents in and then pile on anti anxiety medications on top and suddenly your life seems worthless. 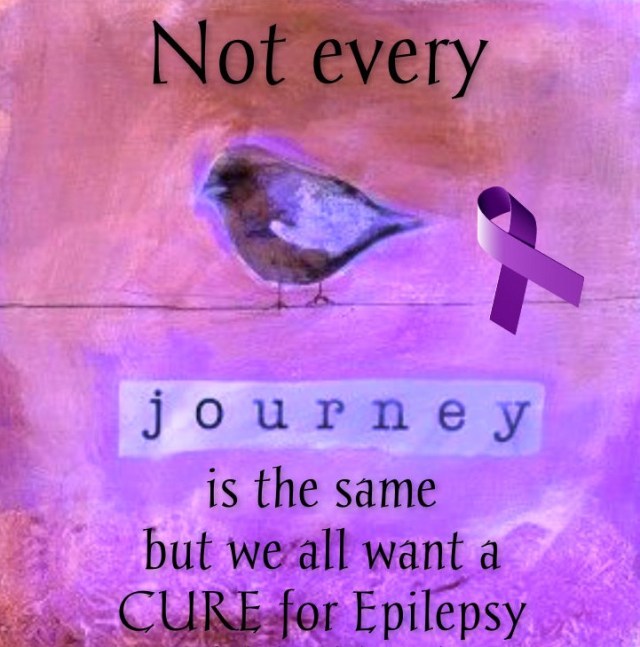 You learn to live in constant fear of when your epilepsy will strike next. Now there are monitors to help. A safety alarm can be fitted in your house for if you need someone. These cost YOU, so if you’re poor like me then it’s a no-go. The market is being inundated with alarms and products to make suffers have a better life but again they cost YOU.

One of the scariest things for me anyway, besides the actual seizure is memory. Your memory can be basically classified like this:

Procedural memory Activities which are carried out almost without thinking, for example, riding a bike. Semantic memory Knowledge that has been acquired but we are not sure when, for example, capital cities. Episodic memory Personal memories of everyday life.

And Epilepsy messes with them all.

Epilepsy does not stand alone just filling your life with life threatening seizures it drags along all sorts of other crap with it.. Anxiety, stress, memory loss, motor function issues, speech problems, attention problems, low mood, lethargy, lack of motivation, sleep disorders ranging from nightmares to complete insomnia and the list could go on…

Epilepsy means that those simple things you took for granted; swimming, taking a bath, cooking.. Well forget it. Or be supervised. These are now deadly, and trust me when you think your alright but end up with burns that put you in the hospital, or have your husband drag you out of the bath where you’ve sunk to the bottom in the midst of a seizure… It’s no longer worth the risk. So with Epilepsy get used to living your life under constant supervision…

Epilepsy is a serious neurological condition where there is a tendency to have seizures that start in the brain. There are over 40 types of epilepsy, so just knowing that a person ‘has epilepsy’ does not tell you very much about their epilepsy and the type of seizures they have. Anyone can develop epilepsy, it happens in all ages, races and social classes. Epilepsy affects more peole than you know! Epilepsy has no cure… 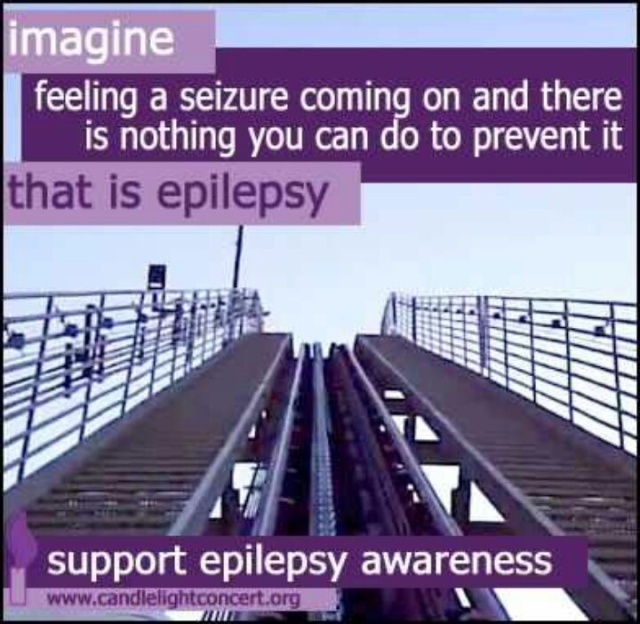