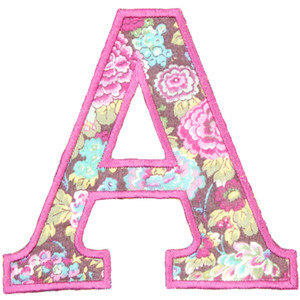 A is for….
Alasdair.

Alasdair \a-las-dair, al(a)-sdair\ as a boy’s name (also used as girl’s name Alasdair), is pronounced AL-as-dare. It is of Greek origin, and the meaning of Alasdair is “man’s defender“. Scottish Gaelic form of Alexander, often anglicized as Alistair.

Alasdair is the hero in Book one of the Highland Fairlings series.

‘Silence descended as sixteen year old Ina faced him across the stretch of field. He knew that his own burly, growing power made the small lass appear even smaller, and he was confident that his skill would prove the foolishness of allowing a wee lass to compete. And yet he was loathe to harm her.
Servants and warriors alike looked on as a champion of each clan, both descended from laird’s, stood opposite one another. Both lairds looked on in shock and bewilderment at the outcome and then smiled secret smiles. All of this was clear to Alasdair as he looked at a way of ending this humiliating display as quickly and as cleanly as possible. He could not believe that he was expected to battle her.
He was pleasantly shocked at her easy grace and put aside his feelings of being too easy on her. If she truly believed herself to be so great then he was determined to prove otherwise.
Their dancing, light steps were punctuated by loud clangs of weapons striking each other, startled gasps came from the spectators.
But he was the more experienced warrior and the one with greater strength. It was too easy for him to reach out a strong hand and boldly pull the small figure closer to him, his teeth clenched as he moved his heavy blunted blade in defense against her unrelenting attack.
“Yield tay me, fair one.” His voice was soft but in the unnatural stillness of the afternoon the words carried easily.
“Never!”
Wresting herself out of his arms she quickly returned her attack, focusing what must have been all of her power into defeating him.
He intended to make sure that she would be unable to.
With their lunges and strikes growing in intensity, Alasdair finally spotted an opening and quickly forced the lass’ sword from her hand. Unaware any more of their witnesses, he caught her as she stumbled at the impact and instinctively he pulled her soft form tightly into his frame. Pleased surprise coursed through him as the lass’ hidden curves flattened against him and he found himself curiously looking down into her ocean coloured eyes before jerking his head back in disbelief at the sharp pain under his chin.
Pushing away from the triumphantly smiling girl Alasdair placed disbelieving fingers to his tender flesh and studied the small drops of blood that stained them.
He raised his eyes, claiming hers once more and was astounded by the glee he saw there as she raised her small, tightly clenched dirk, his own blood was visible on the blade. Holding her gaze, he easily breached the gap between them. He dropped his weapon to the ground and he used both hands to haul her trembling frame into his tight embrace forcing her head back as he roughly claimed her lips with his, much to the shocked gasps of their witnesses.
With a hand that spanned almost her entire waist moving slowly up her back, he pulled her closer still, deepening the kiss and running his tongue over her lips. Her eyes fluttered shut and unsteady hands came up to clutch at his shoulders as she submitted to his onslaught. With both hands holding tightly to him, her dirk was dropped and forgotten in the power of her first kiss.
Smiling against her lips. Moving his mouth away, he heard the angry approach of both her father and his own. He looked once more into her deep eyes. His smile lifted as the realisation of their situation became clear to her outraged senses. His own dirk was held above her throat, her discarded one was now in his hand and resting above her heart.
Grinning widely, he slid both small weapons into the pocket created by his plaid. Turning away as the two lairds helped the stunned lass to her feet, he called back, “Ye fought well. But ye still be just a lass.”
He laughed at her agitated shriek and continued towards his cheering men.’

I chose the name because I love it. I’ve always been a fan of the name Alexander and that had been my original choice but it just didn’t feel right, somehow. And so it was therefore obvious to me that Alasdair was the right choice!